Over the past three months I’ve picked up some pattern magazines and have a few patterns also in my pattern box that haven’t yet been sewn. Having made a Kirsty shaped croquis (outline drawing) I decided to use some sketching to try some possible patterns on for style decisions. Click for larger images. 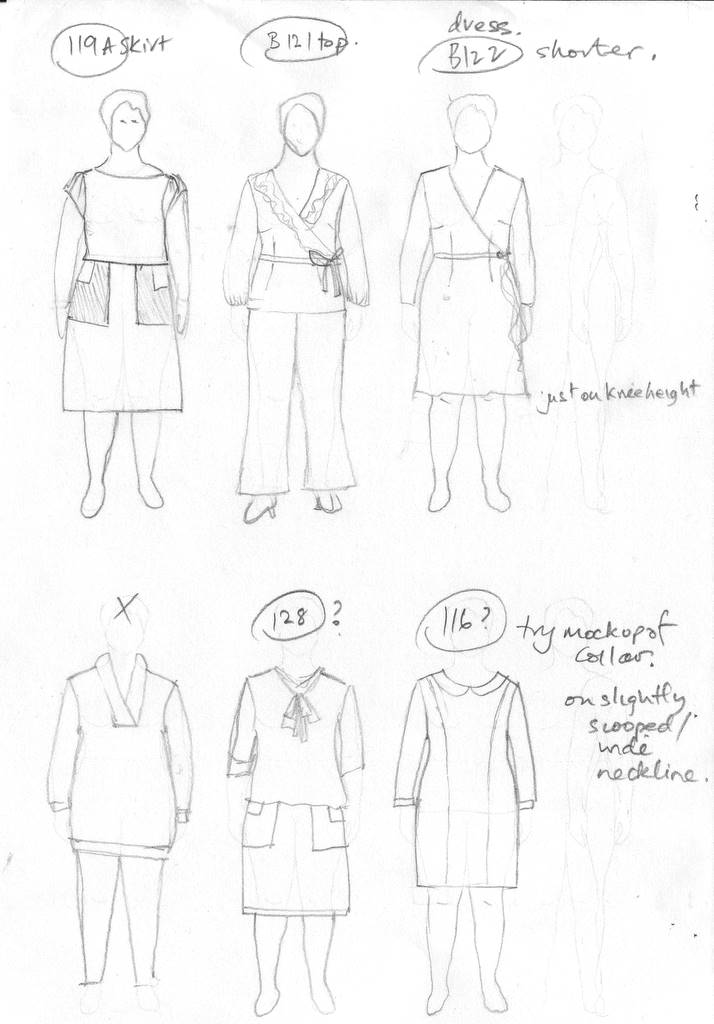 BurdaStyle Magazine 10/2011
This magazine had a standout dress when I first looked through it – the wrap at the end of the top row. Lately my skirts have been made around high calf/ just below the knee and through the sketching exercise I realised the longer length of this pattern (it came in long, longer and longest) just wouldn’t work for me and raised it to just on the knee. Much better. I also rejected an oversized jumper (but found a good replacement at Victory Patterns below). 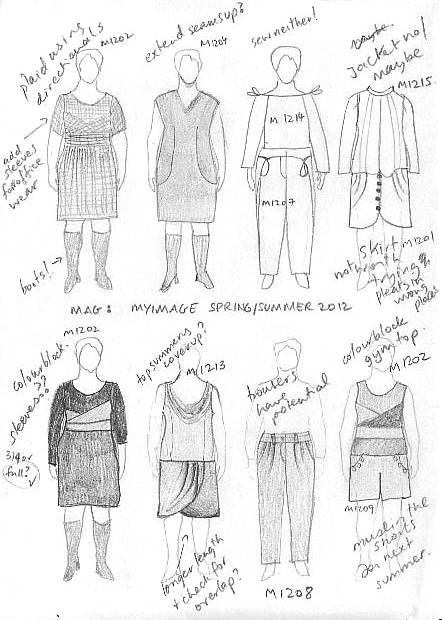 This one you can see I spent more time playing with some colour block options with the diagonal lines of one of the dress patterns, and also with the idea of shortening it into a top which I saw at A Little Sewing. And adding sleeves. The trousers in the second row might be a good pleated work trouser. 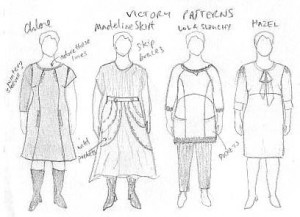 This sketch through some of this pattern line was prompted by a giveaway for 3 patterns somewhere in the blogiverse. It helped me choose Lola over Hazel. And realise I shouldn’t tuck a top into the Madeline skirt. Ever. And I added a longer sleeve to Chloe influenced no doubt by the arrival of autumn.

Discount Alert: Tilly has a 15% discount code at the end of her interview with Kristiann for Victory Patterns this weekend (Sat 24-Mon 26 March) link here

Would I do this again?

Definitely. It helped me see that some patterns may well suit me where I was unsure, and discard others without sewing a stitch.